Founded in 2015, Daata is a digital art incubator that curates, commissions, exhibits and sells original digital artworks by emerging and established international artists. A pioneer in digital media art, the platform has commissioned over 400 artworks from over 100 artists to date and collaborated with galleries, museums, collections, art fairs, festivals and other organizations such as NASA, Kiasma, MOCAD, Art Basel, Phillips, Hauser & Wirth and kurimanzutto among many others. With an interest in supporting artists who make artwork bridging digital and physical media, Daata’s projects are often multi-dimensional, ranging from image and video NFTs to physical installations and objects.

designboom spoke with Founder, David Gryn, and Web3 Strategist and Chief Technology Officer (CTO), Josh Hardy, to learn more about Daata’s mission, their perspective on AI tools, and the how digital media are disrupting the art world. “My role has been to work with artists who work with technologies like artists who work with tubes of paint”, notes Gryn during our interview. “The best artists always make the most of technology. It doesn’t make you a good artist because you have the best tools in your hands. It’s always been the mythology, that the tool will make you a good artist. It’s never done that to anyone. Read the conversation in full below.

INTERVIEW WITH David Gryn AND Josh Hardy FROM DAATA

designboom (DB): Can you present Daata’s mission? Do you collaborate with artists directly or via other galleries? How do you select who to work with?

David Gryn (GM): Data started as a commissioning platform for artists working with digital media, ostensibly video and sound works, mp4, mp3. Our mojo has always been, even to this day, how do we empower and support artists working with certain technologies? We started with commissioning, paying artists a fee to do their work, making sure they got a royalty on sales, and finding ways to promote it in the marketplace with results beyond just the website. Web, like organizing physical events. I have experience in curating, facilitating projects with fairs like Art Basel and encouraging galleries and artists to show their digital work when they wouldn’t normally bring it to an art fair. I’ve been doing this for 20 years and we started as Daata nine years ago. Since I’ve been doing this we’ve commissioned a hundred artists, we have a lot of galleries we work with while often collaborating with museums and art fairs.

I always hoped that there would be a bigger market and that there would be more than two platforms doing what I did and what we did. Now we have this tsunami of platforming and it puts us in a very interesting place. This possibility brings almost hyper excitement as opposed to before when we were trying to get people excited just for someone to watch a video. Expectations have changed, everything has changed in the last two years and even we have had to recalibrate. We weren’t a technology platform when we launched, we were a website that was built by partners very close to us who had the technical capabilities to create a website where we could show videos, but we weren’t technicians. Josh (Hardy) joined us, took over the website and developed our abilities to do projects with NFTs, augmented reality and all the things we realized we had to make sure we could do before we could breathe . Everyone was approaching us to work with them, but we still didn’t think we were in the perfect place just because we had artwork and content. We didn’t just want to say yes to everyone just to help their business model. We probably should have given more yeses than noes, but that’s how we felt we could believe in what we were doing and trust the process, not only for ourselves, but for the artists we were doing. represent and with whom we work.

DB: Although some platforms, like yours, have been around for a few years now, this is a really new and exciting time for digital art. Like in a way, things are just getting started now.

CEO: It’s one of those times when you just know you need to take a deep breath, recalibrate, and not be afraid of it. Change often scares people, but I think nurturing an artist is always nurturing something that will change all the time, because that’s what artists do. We need to be a platform that can support that but also breathe with it and be able to change alongside the artists we work with. But they also want to know that we’re going to be a strong platform and a protector for them too. So it’s about how we move forward together as new artists arrive. We’re talking to artists right now who are literally in their early twenties doing brilliant work and we recognize that. They learn about technology that someone in their 30s, 40s or 50s might not have.

We are seeing something very new and exciting, things like AI and virtual reality just didn’t exist. Those who grew up with these really have a different understanding. It’s a bit like going to Western City or going to see ceramics somewhere like Tokyo or Kyoto. You realize there is a different appreciation for this question because it comes from somewhere that believes and trusts this material in such a different way than how we were raised. Somehow this clock went so fast with digital, whereas it took maybe thousands of years with ceramic. 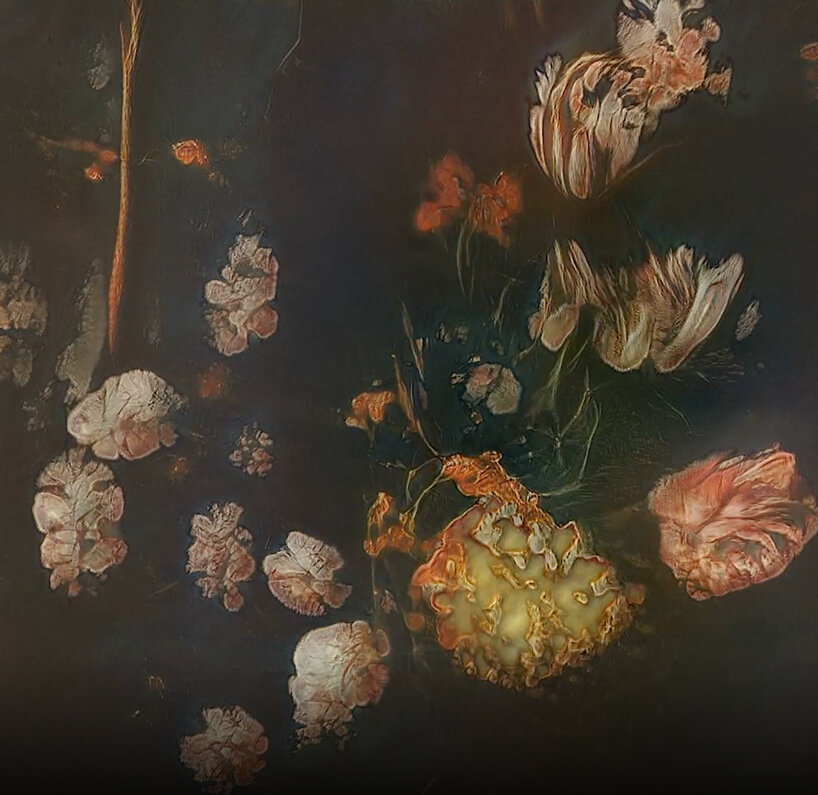 DB: Are you exclusively interested in the digital sphere or are there physical extensions of what you do?

Josh Hardy (JH): In fact “Seed”, the project that we have just launched with Damien Roach has a physical component. It consists primarily of NFTs, which are videos generated from an AI model he trained on 19th century Dutch flower paintings.

CEO: He’s a musician, so he also imagined a soundtrack with the sound of an orchestra. The first purchaser of the longer video work gets a skateboard, then there are 55 additional NFTs that are shorter, and they come with a scent! We also have a limited edition of 55 T-shirts, not related to NFT, which are all different. Merchandise is integrated into some of the things we do with artists because it adds a kind of repertoire and dialogue around the work. It’s not merch logic, it’s more the feeling of the NFT world and the idea of ​​being able to own things. Not just for those who can afford perhaps the most expensive things, but also for affording other types of ownership. It’s not really lucrative, but it’s part of the story. In fact, most of the artists we work with are really excited about merchandising. I think they see the pop world and they think it’s the same. It’s not, there’s such an audience with the pop world. Even at the top of the art world, you don’t have that level of interest. You don’t have millions and millions of followers of a particular art form, people may know that, but I don’t see an equation. Maybe with the music world when it’s at its highest.

JH: I just think things are disrupted by technology. Every industry is disrupted, and in a way, I think it’s the art world that matters with the internet and technology. It didn’t work before but solving the digital file ownership issue meant you could distribute art and when you can have that scale of distribution then naturally you start thinking well if we can distribute to many more people, we can reduce the price. So the vertical thinking about the art world, where some people sit here and then everyone there can just walk into a gallery and pay to go see things on the wall, is suddenly turned upside down. It’s much broader and everyone can get involved and participate. Maybe it’s not so elitist.

Dublin, Sept. 26, 2022 (GLOBE NEWSWIRE) — The ‘IoT-Based Smart Agriculture: Global Markets’ report has been added to from ResearchAndMarkets.com offer. The report provides an…

The experiences of Teresa Berkowitz with therapists had been random. “Some good, some helpful, some just a waste of time and money,” she says. When…

At this point in the series, I think we can all agree that machine learning will play a key role in the future of video…